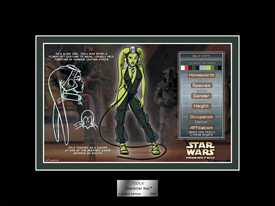 Super7/ACME Archives Fine Print Event For May The Fourth

Super 7 has reached out to us to help promote a fine art upcoming event for May the Fourth. Click through for details!! 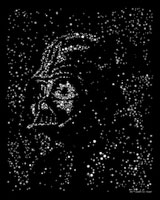 ACME Archives revealed their 2013 SDCC exclusive: Princess Leia Organa (Boushh Disguise) character key. It's limited to only 250 pieces. Click through to see how you can secure one! 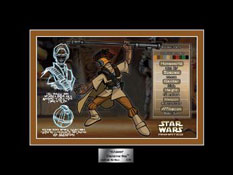 ACME Archives have announced their Celebration VI exclusive character key! Click through to place your order! This year there is a special "Gold" edition which seems nice, but won't match the rest of the ones you already own. Click through for more information! 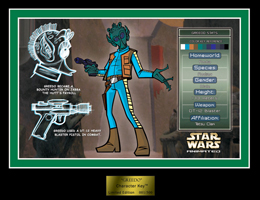 The Darth Maul Character Key (NON-ATTENDEE) is up for order at ACME Archives! Click below to secure this limited edition piece! 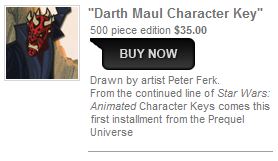 ACME Archives has just announced their 2011 SDCC Character Key exclusive: the one, the only Darth Maul! Click through for more information! 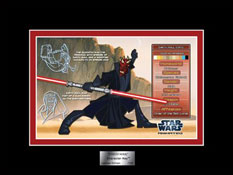 We've got another gallery for you guys! Check out what's on display from Acme Archives...

Don't forget that that the ACME Acrhives Character Key goes up for order for non-attendees at 8:00 EDT. Click below to order! 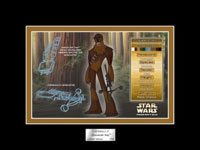 It's the year of the AT-AT!!! ACME Archives announces their Celebration V exclusive, the Imperial AT-AT Sketch Plate! Click the thumbnail below to check it out! 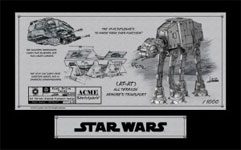 ACME Archives found 4 Slave Leia Character Keys in stock. Will you be one of the lucky four to grab this very much sought after collectible? Click the thumbnail below to check it out! 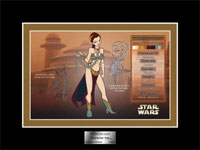 ACME Archives announces their 2010 San Diego Comic Con exclusive charcater key: Chewbacca! Pre-orders are being taken for attendees right now. Click the link below to pre-order yours. Limited to only 750 pieces, non-attendees will have an option to purchase the 100 pieces set aside for them on July 21st and 5 PM PDT.

SWAN's very own Scott from Tulsa writes in to let us know that although ACME Archives is running a 30% off special today (with coupon code ESB30), the character keys from their sister site, Characterkey.com are not eligible for the discount. Bummer!

ACME Archives has a beautiful new Boba Fett portfolio set for order. Retailing for $495, it is signed by Joe Johnston. Click the thumbnail below to check out this beautiful set! 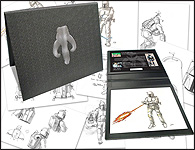 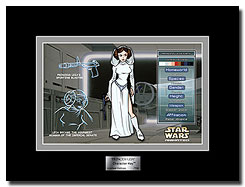 Luke Skywalker Character Key Is Up For Pre-Order!

The Luke Skywalker (Bespin Fatigues) character key, which is limited to only 750 units, is up for pre-order now at ACME Archives. Order yours today for an approximate June 23, 2009 ship date! 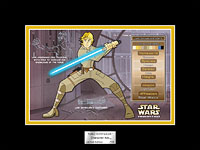 It's been quite a while since we have heard something new from ACME Archives with regards to their popular character keys. We are happy to report that The Empire Strikes Back fans' patience has finally paid off and we are getting Luke Skywalker (Bespin Fatigues) as the next key! Click through for the image and pre-order details! 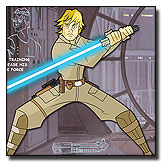 The latest Character Key from Acme is up for preorder. Check out Jedi Mickey, the first in a new series Disney/Star Wars crossovers. This is availalbe online right now, but eventually will only be available at the theme parks. It has a limited edition number of 1,000.

We apologize in advance for the late posting of this, but ACME Archives is having a one day sale today. Enter code HOLIDAY25 to receive 25% off of anything (but only one time per customer). Make that order large! Some minor restrictions apply. Check it out here!

The ACME Archives Darth Vader Character Key has officially started shipping out and being received by collectors. Collectors who passed on this will indeed be disappointed. One of the nicest keys to come down the pike in a long time, be sure to grab this while it is still available at the ACME Archives website.

The next Character Key goes on sale today at 2PM EST. Check out Darth Vader, limited to 1000. You can place your order at CharacterKey.com.

Going on sale at the same time as the SDCC exclusive Yoda Character Key is the all new Obi-Wan Kenobi Character Key. Going on sale THIS THURSDAY (July 3rd) and limited to 2 per customer. Note: This is a preorder only for pick-up at SDCC! Mail-orders will take place at a later date.

It's time for Celebration IV attendees to pre-order the CIV exclusive Acme Archives Grand Moff Tarkin Character Key, which they can pick up at the show. If you want this, save yourself the time of standing in another line and pick it up now!

Acme Archives adds their character key line to the growing list of exclusives to be found at Celebration IV. The Grand Moff Tarkin Character Key will be limited to an edition size of 1250, 200 of those available to non-attendees. Pre-order information for both attendees and non-attendees can be found here.

Here is the first in the new series of Character Keys from Acme Archives...Slave Leia. She'll have an edition size of 1,000 and debut at the New York Comic Con for $30. Click below or head on over into the Jedi Temple War Room to take a closer look at it.

Acme Archives got hit up by the Dark Side of the Force and they needed to post-pone today’s order window for the Shaak Ti Character Key and their latest 4-Key framed set. The new date and time is November 10 at 11am. Head on over then to order your Shaak Ti and the beautiful framed set that includes Darth Sidious, Padme Amidala, Anakin Skywalker and the ARC Captain.

The Anakin Character Key from Acme Archives that will first be available at the SDCC and on-line has been revealed...click below to head on over and take a closer look at this 8th Character Key in the series. It will be limited to just 1,000 pieces.